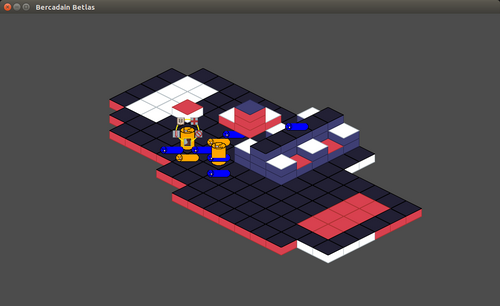 After a focussed weekend, Piet and me made a prototype heavily inspired by a game we both loved as kids: Final Fantasy Tactics. We named it Bercadain Betlas, with a setting initially resembling 15th century western Europe but currently something all of its own.

While core attack and movement, map rotation, and character stats are in the game, nearly everything else you'd expect from a tactics game isn't.